Garo Soghomonian2 years ago
What a great shot of the city of San Francisco!!
Report

Toby Sharp2 years ago
currently for sale. rocket conversion, check it out on Controller.com
Report

Alan Marcum2 years ago
Nice day over the Bay
Report 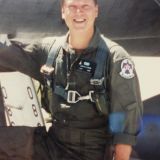 Joe Wood2 years ago
If you scroll down to hid the large buildings in the background it looks like this a/c is flying over a third world favela. Which, as I have read, is what SFO is turning into these days.
Report 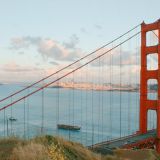 Ricky Jay2 years ago
re Joe Wood. You couldn't be more wrong about a 3rd world favela. That's Nob Hill, the center of San Francisco's upper class and among the highest-income neighborhoods in the U.S.
Report

ROBERT MILLS JR2 years ago
This is an original Mooney 252, the most efficient and capable aircraft ever produced by Mooney, that was upgraded to be a "Rocket" (gas guzzler), (IMHO), with some limited, extra payload capability.
I personally love Mooney Aircraft, especially the 252, and, almost purchased N228RM back around 2012 in the GDR, but, for the A&P I hired, yelling at the then owner for his use of a German A&P that apparently never really did any real annual on the airplane, making it a potential death trap.
The original Mooney 252 with LRTs to me is the most capable and best bang for the buck of any SEL aircraft available.
Meanwhile, I luckily settled for a 2006 LSA, Jabiru 230SP, with full IFR/Auto Pilot.
Both are superb aircraft in their own right.
Report

Tim Brink2 years ago
My buddy owned the same 252 and we had a lot of fun. A bit tight on the inside but the thing loved to climb, very smooth. Manual landing gear lever so not much to go wrong.
Until he had his daughter out and screwed up with a gear up landing. "smoothest landing ever he said, until the smoke started coming through the floorboard and prop froze.
Report

BIGDJB2 years ago
Beautiful shot with the city in the background.
Report