Submitted 10 years ago
Binoculars in public observation deck integrate ASDE-X, arrival/departure, and facility information and visually overlays it onto whatever scene the visitor is looking at. Imagine taking a picture of a scene at an airport and then labeling the objects in that picture. This system does that, but in real-time, as you're looking at it. Opened in December, 2011. (infosthetics.com) More...

Robert C. Wilmoth 10 years ago 2
I don't understand how some US airports can have observation areas and others can't Aren't we all governed by the same leaders of this country. Look at what CLT and MSP have. Charge a $1 fee and make some money for the airport if you have to. I'd pay it! Where are the pilots going to come from in the future if kids of today can't enjoy their beauty. It is so sad.
Reply ↓•Permalink•Report 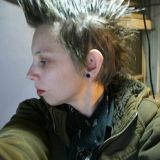 mzk49o1 10 years ago 1
That is awesome. I wish they had implemented something similar in our new terminal at CYWG instead of getting rid of the public observation deck entirely.
Reply ↓•Permalink•Report

Jay Taylor 10 years ago 1
This is way cool!
Reply ↓•Permalink•Report

Jason Feldman 10 years ago 1
Definitely a step in the right direction. Yeah, we gotta be safe from terrorists - but this countries (US) has gotten way too over protective of aviation. I have seen police herassment of plane spotters on public roads. I got a little peaved when a Chicago cop told me I had to leave a parking lot because I was taking some pictures with ATC feed on iPhone. People who love aviation want to be around it. If you're not allowed to watch planes we lose that innocent fun that leads to wanting to be a part of it/ people to learn to fly. In my case I showed the cop my ATP and he said something to the effect of - ok, then you can stay - otherwise you would have to leave! From public parking!? If it looks suspicious I invite police to watch me plane spot - hell - I will even buy them a cup of coffee. I just think that we lost way to many freedoms - all in the name of security. But I digress - this tech sounds fantastic- I hope airports like ohare open up observation decks - sometimes its kinda fun - even if you do this for a living - especially if you have a really nice camera ;)
Reply ↓•Permalink•Report

s2v8377 10 years ago 1
I totally agree with you!!! It is terrible how plane spotters are treated in the USA.

I wish we had something like this at one of the major airports near me.
Reply ↓•Permalink•Parent•Report

Jason Feldman 10 years ago 1
Flying is still new - only about 109 years or so, and one of mankind's greatest achievements. Most of us here are pilots right? and we still love watching a heavy take off or land. Its truly an awesome spectacle. There is a beauty in these planes movement, seemingly hanging in the air... we all know the physics, and yet, when we see the wings arch a bit as the weight shifts from the gear to the wings, its just awesome and fantastic! Taking away our freedom to watch these planes take off and land is in many ways like not allowing people to watch a sunset or sunrise. Its crazy! So much about aviation is HORRIBLE, just spend some time in a TSA checkpoint for proof of that, but there are only a few really beautiful things about aviation we get to see, to lose this freedom is just devastating. We all know that there are evil people out there who want to kill us, but I was born in an America where freedom reigns supreme. We lost thousands of lives on 9/11, but we lost something even more important. Our liberties. We let those SOB's change our way of life. From day one the masses have denounced the Patriot Act, and all its anti-american way of life measures. That legislation is EXACTLY what OBL wanted us to do. By living a more oppressive life, they win even more. It takes a stronger nation to take those attacks and NOT react in a way that oppresses us in the name of safety. I am not one of the guys who thinks we are safer now that we can get shot down legally by the military. Sure, we need to protect ourselves, but if you read the list of changes we went through, a decade before 911 even happened, we would never stand for it. It is important to stop this trend. Every time a police officer bugs me while I am doing nothing wrong, just enjoying some plane spotting, I cry a little bit inside, watching the freedoms disappear and the home of the brave has turned into a paranoid police state. The best way to tell the terrorists to Go F themselves is to live free, never change our way of life, never give them the satisfaction, and let us, the law abiding citizens live a life of freedom. I would like to not only see them give us what we lost, but promote interest in aviation by opening new observation towers like those mentioned by others. I was surprised that Train Spotters have the same problems. I personally feel as if getting stuck by a train is an inconvenience, but I was taking some photos for a friend and got attention by police. The police is spending way too much time harassing us, and way too little time stoping crime and catching bad guys. "can I search your car" - NO! Why, what are you hiding? - Nothing. Why is it looked upon negatively for not giving up your constitutional rights to privacy. My philosophy is live and let live. If the terrorists attack again - just punish them, their country, their friends and leaders - not the law abiding citizens. It would be interesting to see observation towers built just outside the airport fence by independent clubs or businesses with an upstairs viewing area. But it would be great if the airport authority of each airport put together an official observation tower, and instead of treating plane spotters like criminals, to allow ride alongs with the authority - video and audio feeds from the tower would be great too. - yeah - I rambled a lot, been typing during commercials so it may not be coherent or even stay on topic. (thats how the police thing came up, there was a news short about a cop shooting an unarmed kid) - I gotta go before I write "war and peace" LOL
Reply ↓•Permalink•Parent•Report

Ant Miraa 10 years ago 1
In the USA, It's the same in Canada. I live in Toronto and I went to CYYZ to spot. There is a great view of RW 23 whose threshold is around 600ft from the main road near a gas station and restaurant. Me and some other guys cross the road to the airport side of the street at the fence. The airport security came in about 15min and told us to leave. CYYZ had some great spotting areas but sadly they were removed etc.
Reply ↓•Permalink•Parent•Report

Jay Taylor 10 years ago 1
Many years ago, my idea of a cheap afternoon (when in college) was to take the T out to Logan Airport, where they had a fantastic observation room and watch planes land and take off. There were always a couple of guys with transitor radios monitoring the frequency so you could hear ATC and watch the action...for hours...for the price of two subway tokens.
Reply ↓•Permalink•Parent•Report

Robert Landrum 10 years ago 1
I like spotting planes at nearby airports, especially larger planes, but find it difficult to park at an area that would allow a good view. Most airports are not very accomodating and I,m always worried that someone would think I'm a missle toting terrorist out to do no good. It would be great to have a designated area for spotters.
Reply ↓•Permalink•Report

this would be really cool to implement here, if the TSA and the like weren't so terrorist trigger-happy. But to have an observation deck on top of the gate, with the info for the next flight coming in or leaving, plus ASDE-X.. Way more advanced than in the US. the only other thing they are missing is a Ground or Tower ATC feed.

And those distance markers to Helsinki and Bangkok are cute. Worth a chuckle.
Reply ↓•Permalink•Report

Speedmaster 10 years ago 0
LSZH my favorite my homebase!!!
Reply ↓•Permalink•Report