US seeks to delay airline merger trial until March

Submitted 9 years ago
Yet more merger snafus: The U.S. government wants to wait until March for a trial on its lawsuit aimed at blocking the merger of American Airlines and US Airways, a deal that would create the world's biggest airline. The airlines want to start the trial in November. They had hoped to close the merger next month, but that was before the U.S. Justice Department and six states filed the antitrust case two weeks ago. The Justice Department said in a court filing Tuesday that given the stakes… (finance.yahoo.com) More...

canuck44 9 years ago 2
This is entirely as predicted by folks on this forum. It will be interesting to see what happens with this judge. The DOJ cannot stop the merger, they have to get an injunction from her otherwise the companies can just go ahead. Secondly, she might just say to the DOJ that this is an unreasonable delay without clear merit. Show up and be ready with your arguments in the first week of October for she has read through their submission and its contents are not likely to prevail.

She has smacked down the government on multiple occasions in the past few years. She is very senior and not looking for promotion. If the airlines tell her they are ready to go, she might just give the early trial date and a very short injunction.
Reply ↓•Permalink•Report 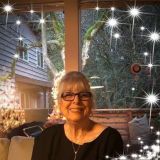 AWAAlum 9 years ago 1
It's such a foregone conclusion, it makes no sense to put the brakes on it. What's it accomplish.
Reply ↓•Permalink•Report

PhotoFinish 9 years ago 1
I didn't think the DOJ would stop the AT&T and T-mobile merger so late on the game. At the time, when the DOJ announced their intent to block that merger I thought it was a negotiating move to get the latest possible concessions from the combined entity.

Then again when te DOJ announced the suit against the AA-US merger, was first thoughts ran toward negotiating tactic fir maximal concessions.

However, the last time I checked AT&T and T-mobile never got hitched. Then to boot, AT&T had substantial failure to merge contractural payments to T-mobile in cash and spectrum.

So, it's still totally an open game. Though John makes some important points above. In addition, both AA and US keep moving as if the merger is a foregone conclusion that will still happen, even if slightly delayed.

My sense of free competition and fair dealings with government, the merger shoal go ahead, if only because 2 other identical mergers (Delta, United) were already allowed in the recent past by both this administration and the precious one, plus another substantial merger
Reply ↓•Permalink•Parent•Report

PhotoFinish 9 years ago 1
My sense of free competition and fair dealings with government, the merger should go ahead, if only because 2 other identical mergers (Delta, United) were already allowed in the recent past by both this administration and the previous one, plus another recent substantial merger (Southwest) and another much earlier one (US Airways) that got all of these mergers going.

If if it true that the sum total of all of these mergers (over nearly a decade) are anticompetitive, then the resolution should be legislative. Some protections for smaller airline competitors can be created in law that would protect all small airlines from bullying by all large airlines.

But stopping this merger seems to me unfair governmental intervention in business after favorable treatment to competitors earlier.
Reply ↓•Permalink•Parent•Report

canuck44 9 years ago 2
This is the Obama Administration trying to pick winners and losers. There will be a second agenda in play most likely to do with the political muscle of those who would profit from failure of the merger. The bond and debt holders are secure in this merger so it will not be coming from there.
Reply ↓•Permalink•Parent•Report

preacher1 9 years ago 1
Well $292 million is not to sneeze at. They need to let it proceed as it is well under way, BUT, until the merger talk got serious, Horton always maintained a stand alone would be best. Parker just made an end run to gain creditor support and came out on top. How it all shakes out will be interesting.
Reply ↓•Permalink•Report