Envoy, aka American Eagle, to be Downsized

Submitted 7 years ago
American has begun to shrink Envoy. Envoy will not receive the 60 new Embraer E175s, and its current 47 Bombardier CRJ-700s will now slowly be transitioned to other carriers. While Envoy will retain some 50-seat jet flying in the form of Embraer E145 jets, these aircraft are growing increasingly uneconomical due to rising maintenance costs and higher fuel price levels. (airchive.com) More...

justin chavez 7 years ago 7
I am curious how American plans on sourcing out the flying that Eagle is doing for them. PSA, Republice?? All of these Regionals are having difficulty filling new hire classes and the Eagle MEC turning down a contract that involved significant concessions is only further proof that pilots are no longer willing to work for terrible wages.
Reply ↓•Permalink•Report

PhotoFinish 7 years ago 2
The new big birds seem to be going to Republic.

Envoy (formerly Eagle) is just one of many regional subcontractors that AAG uses. Remember they tried to sell off Envoy, but couldn't find a buyer. If that diesn't tell you something about the perceived value of Envoy, not sure what would.

I am a vocal proponent of better pay for regional pilots (particularly new pilots at starting pay). I also feel that the new 1500 requirement will decrease the available supply of new potential hires for regionals, as well as the pay necessary to attract willing candidates that both meet all new regulatory requirements as well as meet existing carrier qualifications desired of these candidates.

That's a bottom up phenomenon.

No part of that means that the highest paid regional pilots have much leverage to change the economics of flying regional aircraft.

There are only so many seats if these planes. Pasengers are only willing to pay so much to fly out of airports in small markets. No amount of wishing this reality were untrue will change it.

rdzr1 7 years ago 2
Sad that it had to go this way but the entire "Regional" model is becoming obsolete it seems. The line between mainline and regional aircraft is no longer defined and the logic for lower pay in the regionals no onger exists. Maybe its a "back to the future" situation where the mainlines operate the samller aircraft like when Ozark had Fairchilds or like JetBlue does now with their E195's. In anycase, it lookls likes the airline industry is going to have fewer aircraft and fewer pilots in the very near future and it's not going to turn out well for a lot of people.
Reply ↓•Permalink•Report

preacher1 7 years ago 4
Well, if anybody remembers, the regionals were home owned at 1 point and not contract; all that has been in later years. The legacies will either pick them up again or they will be contract in name only, with wages, bennies and all being dictated by and paid for by the legacies. It's gonna get ugly. I am glad I'm about out of it all and have no travel plans. And to think, all this started because of a couple of tired dummies up North that killed 50+people by their stupidty and brought all this restriction on the rest of it by a bunch of people that didn't know what the hell they were talking about. Both of them Colgan folks had way more than 1500 hours and they still screwed up bigtime. Did I miss anything?
Reply ↓•Permalink•Parent•Report 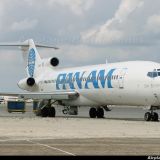 PhotoFinish 7 years ago 3
That what I said all along would happen. Eagle pilots are already among the highest paid among regionals. AA would just look for a mire cost effective solution, if Envoy (Eagle) didn't work out.

But pilots should've had a vote. It was wrong of the union to not allow the pilots to vote, after the union pilot committee negotiated an agreement.

If the pilots want more pay at the top, they should switch to the mainline fleet, which the agreement would've made easier.

Sometimes, some people miss out on what they could've had, because they get fixated on what they had at some point but no longer have.
Reply ↓•Permalink•Report

justin chavez 7 years ago 3
"switch to the mainline fleet"... Because thats so easy to do... This is not a matter of fixation. Its a matter of standing up to concessions that will not just affect the current seniority list but also any new hires. These guys stood up for themselves and those that will follow in their footsteps. The flow thru agreement is only a carrot hanging on the end of a long stick and is something not worth being fixated upon.
Reply ↓•Permalink•Parent•Report

PhotoFinish 7 years ago 3
The pilots didn't turn down anything. The union refused to allow the pilots to vote on an agreement the union pilots committee helped to negotiate.

The fixation was on reversing the recent concessions, and also insisting on higher pay for the newer slightly larger planes of the same type already being flown.

The unions are just as responsible for the pay at the regionals as the managements. They've all been throwing the future new hires under the bus, while colluding to keep increasing pay at the upper range.

If pay wasn't such a rigid predetermined and stepped schedule tied mostly to seniority, pilots could be paid for the value if their work. Regional pilots and pilots just starting out at the mainline airlines don't need to be paid so little.

Pay at non-unionized foreign carriers trying to attract expat pilots (eg. ME carriers) is often higher than pay for most pilots at US carriers (even unionized pilots).

Rigid pay increases tied only to seniority, that are unresponsive to the financial condition of the airline and of the economy in general cause imbalances that only get corrected through bankruptcy.

PhotoFinish 7 years ago 2
But airline employees that have gone through bankruptcy know that nothing is guaranteed (not even guaranteed future pay).
Reply ↓•Permalink•Parent•Report

saso792 7 years ago 2
I really don't think there is a regional outside of American Eagle that will have the number of pilots needed to fly the planes. But, American doesn't see a way to "save face" after all American's posturing of "you have to do this or we will do this" to the Eagle pilots. Doug and Pedro tried to bully the pilots and it didn't go over so well.

I do wish the best for the current American Eagle crews.

Pedro and American are pushing their ground operations as the future of Eagle but who do you think is responsible for the poor showing of on time flights? Yep, it is ground time and not air time causing this. I can't imagine any other carriers wanting to slow down their on time flights by hiring the Eagle ground operations.
Reply ↓•Permalink•Report

josh homer 7 years ago 1
Really sad. Worked for Eagle when it was operated by 4 different carriers. I worked for Simmons. I loved working there. The chief pilot didn't take any BS. Garton was the best CEO. He was very involved with all aspects of the operation. It's such a shame what Eagle has become.
Reply ↓•Permalink•Report

joe johnson 7 years ago 1
It wasn't the easy road. But it's the right one. I've been down it myself. Good on you guys & gals.
Reply ↓•Permalink•Report 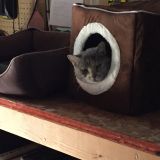 JetDoc66 7 years ago -3
Sadly, neither one of you know what you are talking about..
Reply ↓•Permalink•Report

preacher1 7 years ago 4
Well, they probably do but either way, it sounds like AAG was looking for the excuse, as if they needed one, to do away with Eagle. Pilots probably should have had a vote, although it probably wouldn't have made any difference. It sounds like this was a predetermined thing by AAG anyway. Either way they couldn't have lost. It's sad but we'll just have to see how this pilot shortage works out across the industry. It may be that AAG takes the cream of the crop and mainlines them; that would be good for some but the rest will be left sucking on a dry teat.
Reply ↓•Permalink•Parent•Report