Submitted about a month ago
Following yesterday's incident, where a United Airlines Boeing 777 suffered an engine failure after departure from Honolulu, the FAA declared that all Boeing 777s equipped with Pratt & Whitney PW4070 engines would be grounded until further notice. This would allow for a more thorough investigation in the matter whilst ensuring the safety of passengers on these aircraft. (theexplorerblog.com) More...

mbrews about a month ago 4
The article is helpful. It narrows the concern to the specific PW models under scrutiny, namely those with 112 inch diameter fan. Not sure whether the EAD will cover all submodels, which range from 77,000 LBS thrust to 98,000 LBS thrust.

As stated elsewhere, concern is about the ones with hollow blades
Reply ↓•Permalink•Report

Chris B about a month ago 11
The 777 version of the engine has a unique blade design not shared with other variants of the engine.
Reply ↓•Permalink•Parent•Report

Frank Harvey about a month ago 1
What is/are the advantage(s) of hollow blades over solid blades ?

ffrcobra1 about a month ago 6
Weight. The hollow blades weigh over 30 pounds each. Heavier solid blades would put added stress on the root area of the blade and the blade attach area of the hub, which would then require those areas to be reinforced, which equals even more weight. Even solid blade can develop subsurface cracks which are not visually detectable.
Reply ↓•Permalink•Parent•Report

Frank Harvey about a month ago 3
Thanks. Reducing weight (Torsten Hoff said "mass", the same thing) seems to make a lot of sense especially to reduce the centrifugal force on the hub attachment. I hadn't realised the blades weighed as much as 30 lbs each.

Looking at the photographs it appeared that either a leading fan blade or an initial compressor stage blade had broken.

I initially thought the hollow blade was for cooling, and I could understand that for later stages where air was heated under compression or, more especially, for the turbine blades. But for the fan, or initial compressor blades, cooling didn't make sense to me. I felt that at the initial stages the airflow over the blades would be at ambient temperature and even after the air had passed the initial compression stages I can't imagine there would be so much of a heat increase as to require special cooling of the blade internals.

I could also imagine channels being designed in such a way as to induce uniform heat expansion of the blade material thus maintain the same blade profile. But again this would be more applicable to the later stages, especially the turbines.

So thanks both Torsten and Ffrcobra1 for taking the time to explain, I can well understand Mass/Weight reduction.
Reply ↓•Permalink•Parent•Report

Eric Dillinger about a month ago 5
Actually, weight and mass are not the same. Mass is the same regardless of gravity. Weight is the product of mass multiplied by the acceleration due to gravity.
Reply ↓•Permalink•Parent•Report 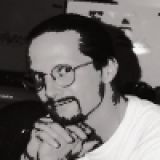 Doug Parker about a month ago 1
I've never been able to grasp the difference until reading this. TYVM!
Reply ↓•Permalink•Parent•Report

ffrcobra1 about a month ago 1
I believe there was a guy who postulated that mass multiplied by acceleration equals force.
Reply ↓•Permalink•Parent•Report

ffrcobra1 about a month ago 3
Glad I had knowledge that was actually useful. That doesn’t happen often.
There has been mention of previous blade problems on this model engine. It is amazing that the pics of the front of the engine from the 2018 incident in Hawaii are almost indistinguishable from the pics of the plane in DEN yesterday. Here’s a link to the report and pics of the 2018 event. It’s like deja vu all over again.
https://data.ntsb.gov/Docket/?NTSBNumber=DCA18IA092
Reply ↓•Permalink•Parent•Report

Torsten Hoff about a month ago 8
Some turbine blades are hollow to provide cooling passages and to reduce mass. The blades need to periodically be inspected non-visually anyway, so there is little disadvantage compared to solid blades.
Reply ↓•Permalink•Parent•Report

Frank Harvey about a month ago 1
Thanks for the reply.
Reply ↓•Permalink•Parent•Report

mbrews about a month ago 3
As mentioned by Chris B, and as reported elsewhere, the P&W models of concern are PW4000-112 with 112 inch blades. There are 7 sub-models of thrust rating.

jptq63 about a month ago 1
Noting the age / these are the older / oldest units, do you think P&W / FAA / Boeing may use the data to extrapolate and maybe re-rate newer (as well as these engines) for expected life / Time Between Major Overhaul for the engines? If so, it starts to make me wonder about operating costs, etc..., and how the airlines pick an engine for their fleets. I am guessing given the directive to ground and inspect, there maybe a significant change coming and wonder if this would also apply to the other engine manufactures and engine designs; clarification, hollow vs. sold blade designs.
Reply ↓•Permalink•Parent•Report

mbrews about a month ago 2
You raise some good questions about inspection intervals and life. I really dont know about such impacts. There will be laser hot focus on NDT methods for this engine type, because of the similar 2018 blade loss incident with reg. N773UA .

And big time focus on the complete loss of inlet ring and cowling.

If you spend a lot of time around CYYZ, you probably won't need to duck for falling engine parts :) Air Canada's remaining 777-200 series are GE-90 powered. They have been parked since November 2020
Reply ↓•Permalink•Parent•Report

Richard Sucher about a month ago 2
I read turbofan engine designs are required to take extensive measures to prevent uncontained engine failure, particularly those from a predictable scenario such as a blade failure. The tests I've seen online for blade-out situations are all done on static test stands at ground level. The temperature and pressure conditions at flight speeds and altitudes, however, would be much different than in a static test stand. My guess is that newer models can accomplish more realistic testing via simulation, but older models didn't benefit from such analysis.
Reply ↓•Permalink•Report

Robert Cowling about a month ago 1
Simulating an engine failure, if you mean on a computer, concern me. Nothing can 'simulate' reality except reality.

Case in point, the video I saw this morning said that 'investigators were surprised to see a huge gash in the area of the wing root structure on the plane'. An engine failure isn't unheard of, but it can cause massive damage to the wing, and, as we know already from the SouthWest incident, damage to the passenger cabin as well. If part, or all of, the severed parts had gone through the wing, this Denver incident would have had a completely different, and horrific, conclusion. It wouldn't be engine parts raining down, but flaming wreckage and bodies.

'Simulating' potential catastrophic conditions, again if that is what you are suggesting, shouldn't even be considered.

Perhaps forbidding the use of hollow blades, or the use of multipart fan assemblies, and more often performing deep inspections of fan assemblies is what is needed. The engine is a complex garbage disposal that is not meant to swallow pieces of itself. If a bypass fan blade was sucked into the later stages, and that is what caused the failure, which it appears to be the case, then a rework of the design seems in order. As those fans get larger, there is a heck of a lot of force applied to those blades. Nothing is going to stop a blade, or blades, from ripping through the engine cowling/nacelle and anything else in its path. Same as propeller driven plane, only instead of one blade, you have potentially dozens, and with a higher level of momentum.
Reply ↓•Permalink•Parent•Report

mbrews about a month ago 1
Well, you're raising some good points. As a poster stated below, photos of the 2018 engine damage are almost indistinguishable from the recent incident. What else do they have in common ? Wait for it ... Complete loss of cowling.

Among other things, discharge of a fire bottle becomes ineffective. Mostly like a "white fart into the wind" as I heard in a pilot's utube video

There's speculation elsewhere about the materials of construction in a bulkhead.
Possibly a newer composite material differs from an aluminum material used on the engines for certification in say 1993 or 1994.
Reply ↓•Permalink•Parent•Report

Doug Parker about a month ago 1
I can't figure out the significance nor the need to report how alternating seat rows face backward. Was that only to clarify the accuracy of the in-flight reports based on some viewer's unobstructed view of the disintegrating engine? I may be wrong, but that seems borderline *not newsworthy.*
Reply ↓•Permalink•Report

BRETT JACOB about a month ago 1
I always loved the sound on the original United 777s. Shame they’ll be leaving soon. Does anyone know what the retirement date is? Probably stepped up now
Reply ↓•Permalink•Report

linbb about a month ago -4
Oh again too late in posting.
Reply ↓•Permalink•Report 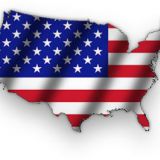 MH370 about a month ago -7
(Duplicate Squawk Submitted)

william baker about a month ago 3
I was wondering where his post on this was. And they aren’t grounded worldwide only a select number of them.
Reply ↓•Permalink•Parent•Report